LG Display has installed its state-of-the-art OLED displays in subways in the Chinese cities of Beijing and Shenzhen. 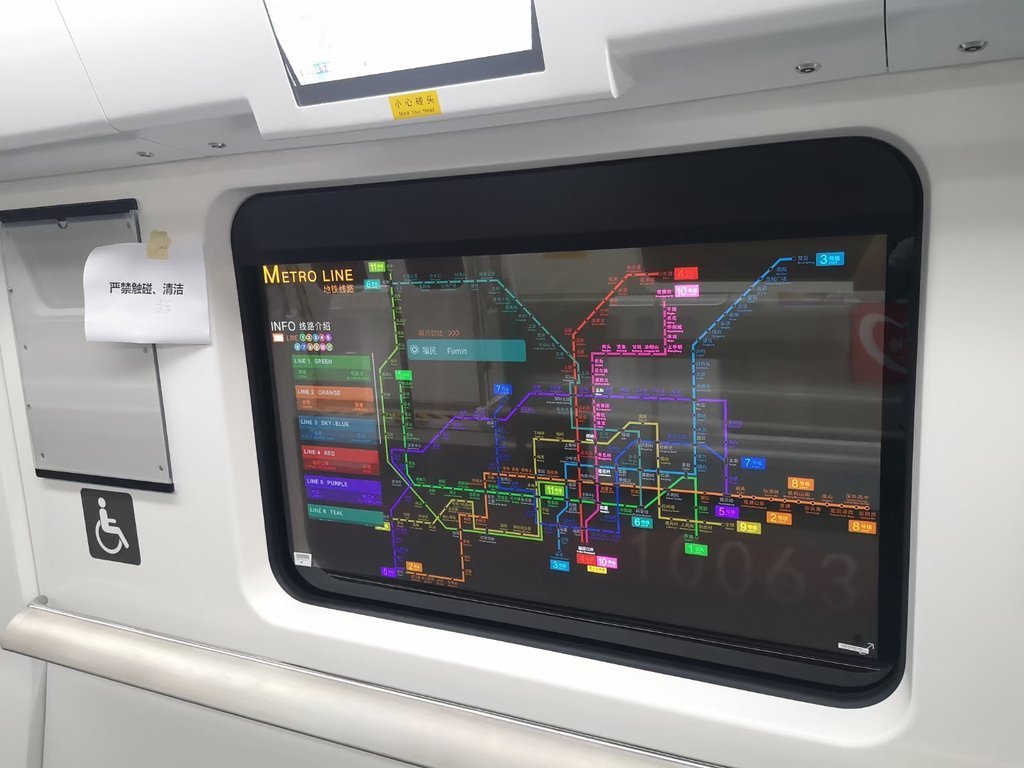 The company said the 55-inch see-through displays will be used to show real-time information about subways schedules, locations and transfers on train windows. They will also provide details about flights at connecting airports, the weather and news reports.

The transparent OLED displays have been installed on Line 6 in Beijing’s subway and Line 10 in Shenzhen. The company said it hopes to bring them to other Chinese subway lines in future, and will be working with train companies and glass manufacturers to achieve this.

This is one of the first ever real-world applications for transparent OLED displays. The technology isn’t actually new, as it has been shown off as a concept in several previous trade shows and exhibitions. Indeed, LG’s rival Samsung Display showed off a transparent OLED windows as far back as the 2012 Consumer Electronics Show. But this seems to be the first time that LG has found a customer that can put the technology to use.

LG Display has of course long said that transparent OLED is being developed for the commercial sector, particularly the business-to-business market. Other potential use cases include retail stores and commercial venues that want to promote products or provide information.

One advantage is that advertisers can place their actual products behind the transparent screen, so these can be seen clearly while video or images overlay it.

LG Display stands to benefit if the idea catches on, as a report from the consulting firm Prescient & Strategic Intelligence has forecast the global transparent display market to grow to $4.93 billion by 2024.

Whether or not transparent OLED will take off in the consumer market remains to be seen. Chinese brand Xiaomi recently announced its Mi TV LUX OLED Transparent Edition, a luxury see-through version of its first OLED TV. But with a price tag of more than £5,500, it's unlikely to tempt too many buyers.

LG Display is believed to have provided the transparent OLED panel for Xiaomi’s TV, but for now it seems to be more focused on the commercial market.

“The application of transparent displays will become more diverse,” said Dr. Chang-ho Oh, a senior vice president at LG Display. “LG Display aims to supply products to a wide range of industries in line with its vision as the leading display solution provider.”