Microsoft has at long last announced Dolby Vision gaming on the Xbox Series X and Xbox Series S consoles. By enabling the feature, the next-generation Xbox consoles are the first in the world to offer gaming in both Dolby Vision and Dolby Atmos surround sound. 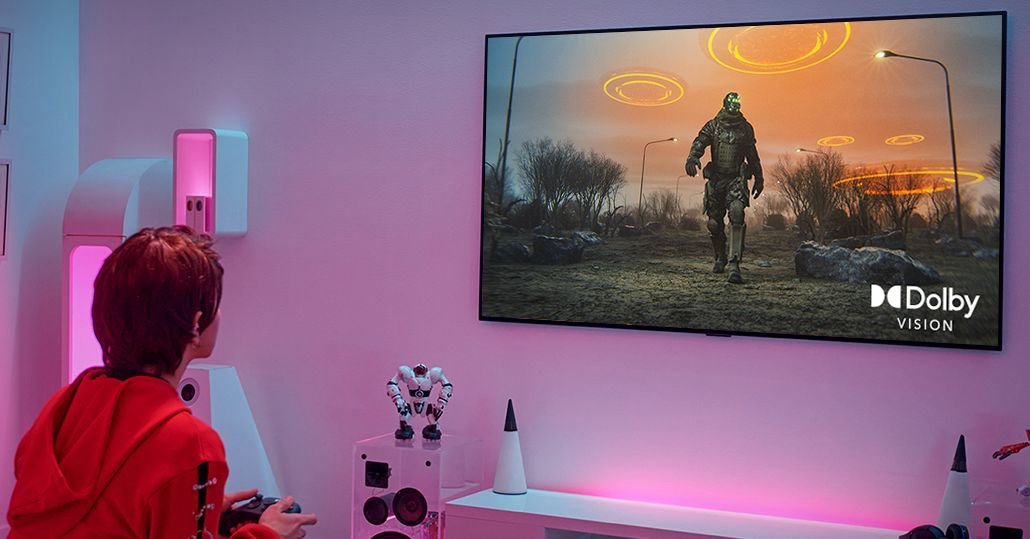 Dolby Vision gaming is a huge deal because it means far more realistic graphics, with brighter highlights, sharper contrast and more vibrant colours when playing games. For the unfamiliar, Dolby Vision is a dynamic HDR format that helps to calibrate the picture shown on the TV using shot-by-shot metadata. Dolby Vision has been a standard feature on new movies and TV shows for a few years now, but it’s new to the world of gaming.

Dolby, the company that created the standard, says games will appear more realistic and lifelike compared to graphics rendered in HDR10 for example, as Dolby Vision is able to deliver 40-times brighter highlights, 10-times deeper blacks and up to 12-but colour depth. In other words, the graphics displayed on the screen will appear far more refined, the company promises.

Dolby Vision will be advantageous for gamers in many situations. For example, they’ll be able to spot their opponents hiding in the shadows, or see hidden clues thanks to the expanded contrast and superior clarity it provides. And epic worlds such as lush rain forests and futuristic, neon-lit cities will appear more realistic.

Microsoft has also promised that more than 100 games will support Dolby Vision graphics now and in the future, but hasn’t announced which titles will get the Dolby Vision treatment, with the exception of the Xbox’s flagship Halo Infinite game.

The update does however also benefit older titles released in HDR or Auto HDR. Microsoft said it worked with Dolby to bring new visual enhancement capabilities to older games that will deliver an “improved visual experience” for thousands of classic titles, even if it doesn’t quite hit the heights of native Dolby Vision gaming.

As always, it must be pointed out that Dolby Vision gaming will only work on compatible TVs and monitors. Luckily there are hundreds of such TVs as Dolby Vision is now standard on many models, but to ensure higher impact a more advanced TV with next-generation gaming features such as auto low-latency mode and variable refresh rate is also required. A number of higher-end 2020 and 2021 TVs sold by the likes of LG Electronics, Samsung Electronics, Sony, Panasonic, Philips, Vizio, TCL and Hisense do fit the bill, but those models aren’t exactly cheap. So if you don’t own such a TV yet, be warned it will require some investment.

For the best possible gaming experience, gamers might want to consider investing in one of LG Electronics’ 2021 OLED TVs. LG models including the 2021 C1 and G1 received a firmware update in June that takes the experience up a notch higher, adding support for 4K120Hz gaming in Dolby Vision, something that no other TV is currently capable of.

4K@120Hz is a feature that helps to make super-fast motion UHD images to appear crisper and sharper, so users can expect to see a far more refined picture when it’s paired with Dolby Vision. LG is also planning to enable 4K@120Hz on its 8K OLED Z1, QNED Mini LED QNED99 and NanoCell NAN099 TVs, and may also bring it to some of its 2020 TVs at a later date.

Microsoft’s biggest games console rival Sony has so far not announced any plans to bring Dolby Vision gaming to the PlayStation 5, though it does support 4K@120Hz on compatible TVs.