Samsung wants to help OLED TV owners check whether or not their expensive living room toys might be suffering from “burn-in” issues. 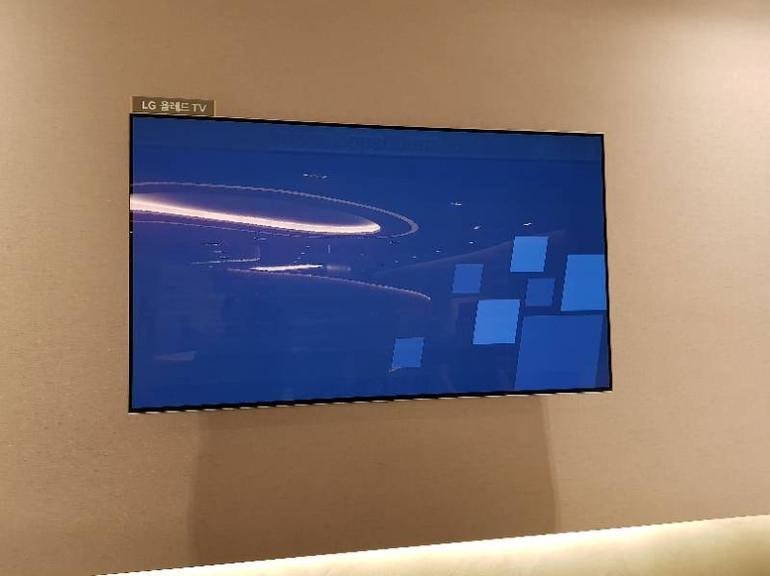 Burn-in is a somewhat controversial topic because the problem hasn’t been widely reported by consumers. Still, it’s a pressing issue due to its seriousness. Also known as “screen burn”, the problem occurs when a persistent part of the image on an OLED screen, such as a channel logo, news ticker or a scoreboard on a TV, for example, lingers as a ghostly background even after the image has gone or the device has been switched off. In some cases the ghostly image burn may remain on the screen permanently.

The vast majority of OLED TV owners report no burn-in after hours of prolonged use, but nonetheless there have been occasional reports that describe some serious problems, though the majority of those tend to involve TVs used in stores, or as public displays.

Indeed, HDTVTest’s Vincent Teoh recently carried out a 3,700 hour test of a brand new LG E8 OLED TV designed to replicate “normal use” as close as possible. He came to the conclusion that burn-in should not be an issue for the vast majority of consumers, so long as they leave their TVs on standby after use to allow the compensation cycles to run and prevent any problems.

But Samsung seems to think the issue is still widespread enough that some consumers might want to check if their TVs are okay. And to help them see if they are, its posted a simple video on YouTube that’s designed to help viewers see if their TV is showing any early signs of burn-in.

All you have to do is watch the 50-second video on your OLED TV. The video contains a few prompts on what to look out for, while the ‘test’ section – a static red background - is actually just 10 seconds long. Apparently, Samsung figures that’s more than enough time to see if your OLED TV is suffering, or not.

And what to do if your OLED TV does display signs of burn-in? Well, Samsung helpfully suggests you go get your TV repaired. Or failing that, you can always run out buy a QLED TV instead :)